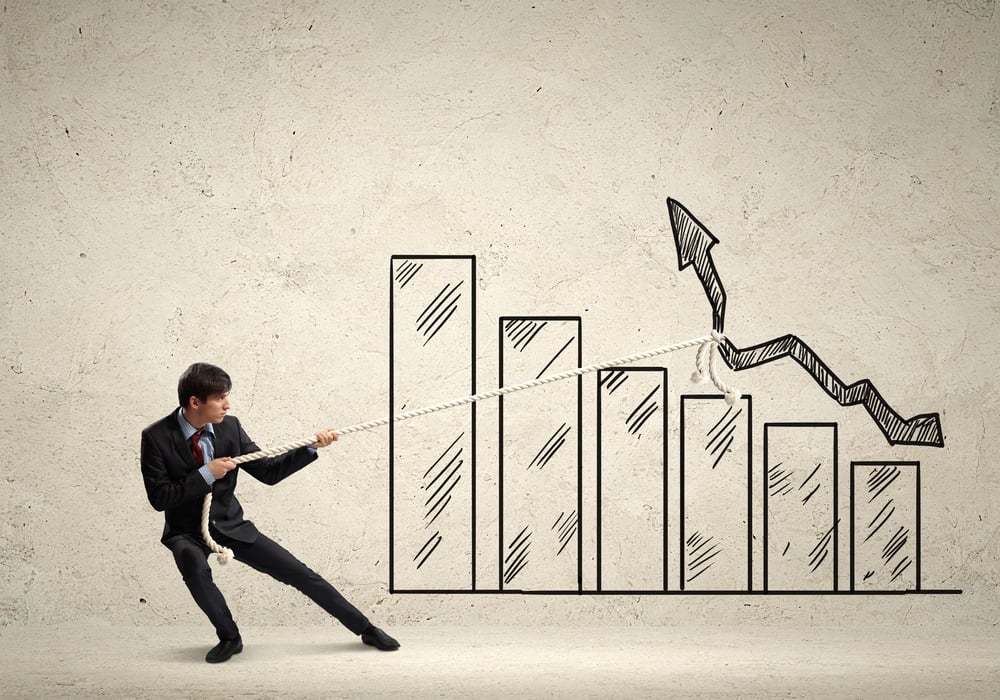 How To Increase Your Sales Velocity By Slowing Down

For the first twelve years of our company’s existence, all of our growth was organic. Prospects were referred to us or found us online. But, in order to accelerate our growth and build a more predictable growth strategy, we knew we had to begin outbound business development. Because we lacked institutional knowledge on how to build an efficient outbound sales engine, our first move was to poach someone that had worn multiple business development hats at a company that was in our space. Our hope was that he could implement what he learned and we could apply those same processes to our growing outbound sales force. No need to reinvent the wheel, right?

Fortunately for us, much of what we applied began to work, and we were quickly able to scale an outbound engine that outperformed all of our inbound marketing efforts. But, about one year into that process, we hit a wall. We weren’t improving and our production started to falter. In order to continue getting better, we had to look critically at the process we had employed and determine what changes needed to take place.

All of the Business Development Representatives (BDRs) we hired had been on much larger sales floors with a high velocity mentality. They were required to make 100+ dials a day and they had a sales manager breathing down their neck to make sure they hit their dial minimums. So, that’s what we did. We employed daily dial goals and held our BDRs accountable to hitting those numbers. The theory was the more volume, the more production.

Unfortunately, that wasn’t true. Often times the BDRs with the most dials were the least productive. What was happening? Surely they just weren’t good on the phone, right? Nope. In fact they were great when connecting with a decision maker. They just weren’t having as many of those conversations. But, fortunately for us, a couple of things started to happen that helped us understand how to improve.

An interesting thing started to happen about the time most of our BDRs were hitting a wall: one of our BDRs started crushing it by taking a completely different approach. Instead of worrying about her dial minimums, she focused on hitting a talk-time goal. Often times she would have half as many dials as the rest of the team, but 4X the talk-time, and was consistently outpacing the team across our core KPIs. Instead of focusing on dials, she focused on making every conversation meaningful. So, what did that look like?

Gather qualification information with each attempt.

She made sure to learn something from every conversation. In most cases, her dials weren’t going to end up quick pitching the decision maker. But that didn’t mean she couldn’t learn something from someone willing to talk to her. So she asked questions about the company that helped her better understand whether or not the prospect was an ideal client for us. This helped her identify sales qualified opportunities, but more importantly, helped her disposition out prospects that were never going to buy from us.

Write everything down and reference those notes during followups.

She made sure to add exhaustive notes on her leads anytime she learned anything on a call. DM was out due to an illness in the family? She notated that so that she could refer to that event on her next call. By gaining rapport with the gatekeeper and then showing the gatekeeper that she was paying attention and actually cared enough to ask about something she had learned previously, she stood out from other cold-callers. Eventually that paid off.

Ask questions but actually listen to identify their pain points.

When setting a demo, she spent considerably more time asking probing questions designed to identify their pain points. Our previous approach was to pitch then ‘address and progress’. In other words, give our quick pitch, address the rebuttals and then bully them back into the set. Our goal was to have the set complete within 6-7 minutes. Instead, she would commonly spend 30 minutes or more on a set asking them questions and getting great intel for our AEs. As one AE described it ‘I love her demos because they show up dripping in their pain. I know I’m going to close them!”

As we started to see the light, something else happened: we were introduced to video. What better way to build a relationship with someone you’ve never met and who only knows you as a voice over the phone than to let them see you’re an actual person? Humans aren’t naturally programmed to reject other humans. Thousands of years ago, that’s how you ended up out of the tribe. So by implementing video into our sales efforts, we were able to humanize ourselves. In doing so, our continued follow-up became more meaningful. Prospects that had previously ignored us began to respond. Gatekeepers that were previously cagey began to open up. Sure it took more time to implement, but the overall effect in terms of engagement and productivity was profound.

By Slowing Down, We Doubled Productivity

Armed with this anecdotal evidence, we completely did away with dial minimums. As management we decided to do something seemingly radical when it comes to outbound sales strategy. We said ‘we don’t care about how many calls you make, we just want you to focus on building relationships, building a smarter pipeline, and having more meaningful engagements.’ That seems so obvious, and it’s probably an indictment on sales managers and sales philosophy that it’s considered radical, but the results were striking.

Our primary KPIs for our BDRs are their call to set ratio and their demo hold rates. In other words, how many calls does it take in order to get a demo set. And when a demo sets, what is the likelihood it holds. The numbers speak for themselves. We saw a 35% decrease in the number of calls required to get a demo set and an 86% improvement in their Demo Hold Rate. Wow!

On the surface, that type of improvement seems nearly impossible, especially when considering our previous KPI results are considered above average for our industry. But when viewed through the lens of what actually happened to produce those results, it makes sense. Here is what we learned.

While our experience is just one data point amongst millions of others, we feel strongly that there are many other sales organizations out there that, like us, are focused on the wrong things. In sharing our experience, it’s our hope that other great companies out there trying to solve problems are able to do so at a larger scale by reframing what’s ultimately important when it comes to sales engagement. By doing so, we feel strongly that these sales organizations can increase their sales velocity and ultimately drive higher productivity!

Learn More About Marketing Your Business

Start Growing Your Business with No Risk Get Leads Now

We generate exclusive purchase-ready Leads for your business through a transparent pay-per-lead platform.

Get Leads
Who We Serve
About Service Direct

Featured From Our Blog