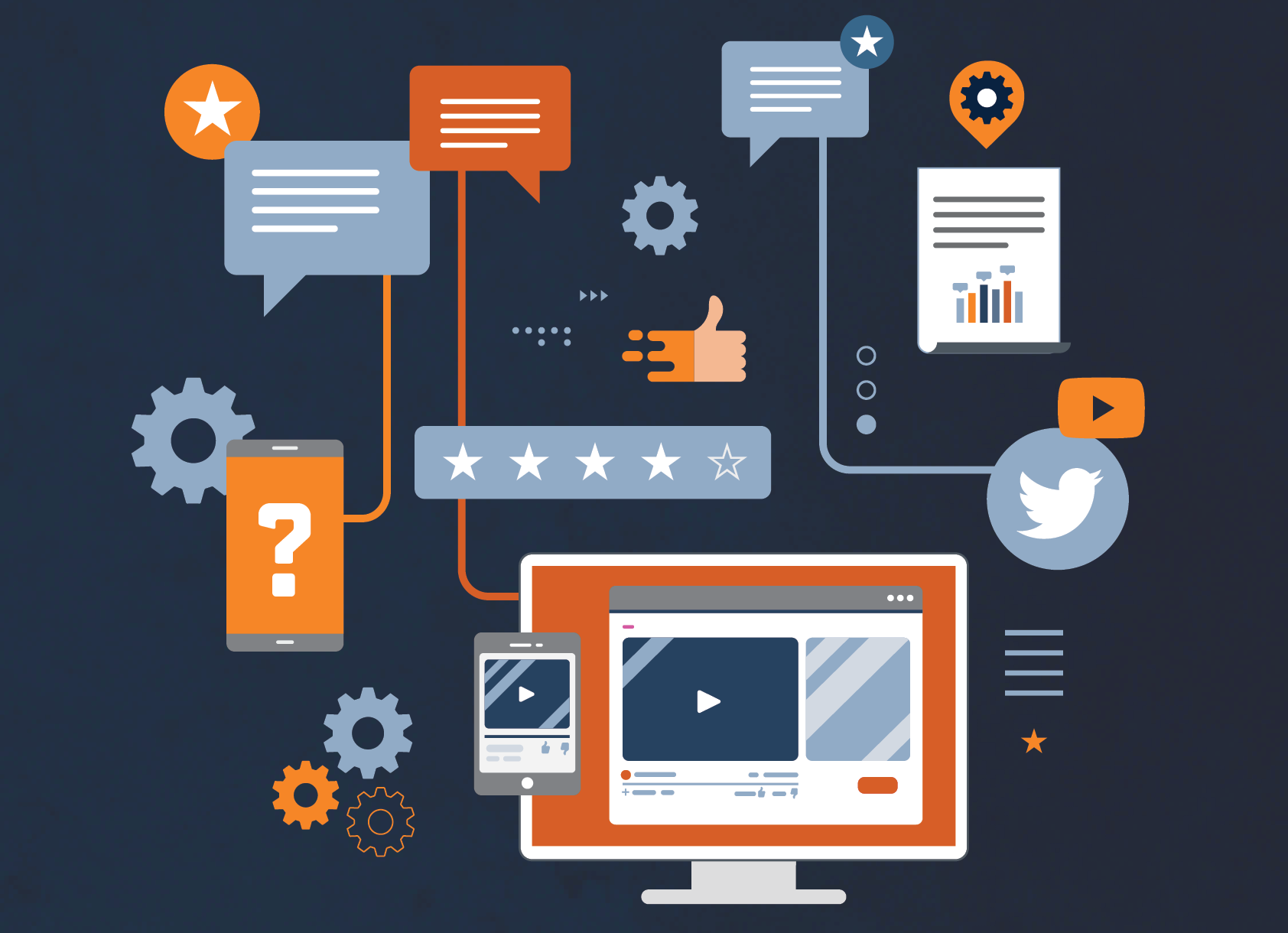 Survey | What Matters to Homeowners When Choosing a Contractor

We recently surveyed 559 homeowners in the United States to better understand their methods and preferences when it comes to finding and hiring a home service company.

What’s most important to homeowners?

That’s a lot of data, so let’s dive into what it means for home improvement contractors that are trying to grow their business.

A Referral From a Friend Remains The Most Trusted Method

There’s no shortage of ways people find contractors these days, but none have surpassed good old fashioned word of mouth. For homeowners, that remains the most typical method employed to find and hire a home service company. 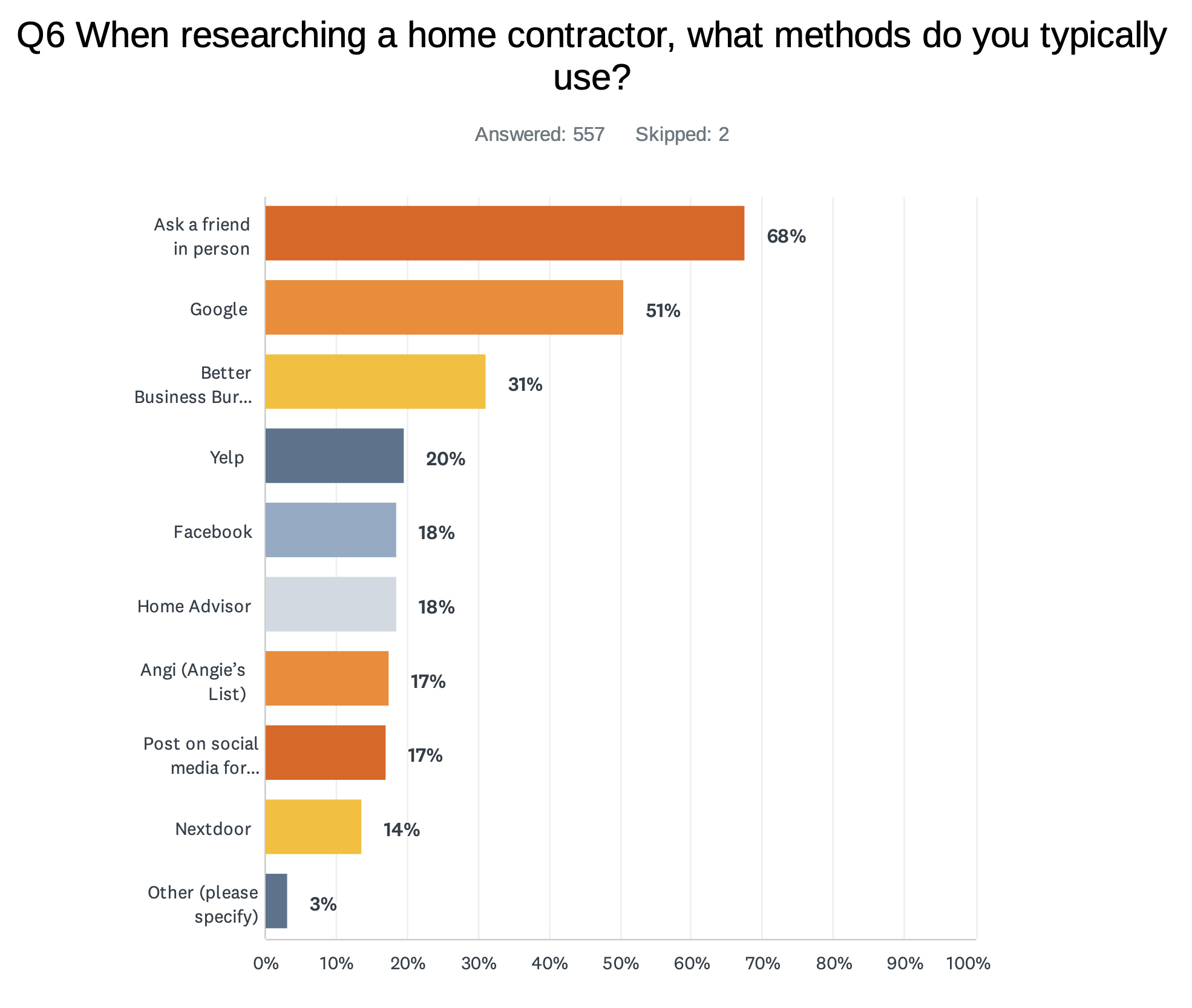 If your company is not doing everything possible to make it easy for past customers to refer new customers, you’re missing out on new customers that are much more cost-effective to generate than through other demand generation channels.

Also of note…while offline referrals and Google are clear winners, the BBB ranks 3rd ahead of popular brands such as Facebook, Yelp, Angi’s and Nextdoor in terms of finding contractors to hire.

Homeowners continue to place high value in membership to local professional associations like the BBB, chamber of commerce, or similar organizations.

84% of homeowners believe such memberships are important when deciding who to hire.

Homeowners are seeking deeper connections with businesses these days, and that includes the home service businesses they trust to come into their homes. After all, there are still some cowboy tradespeople out there who lose the trust of homeowners and end up in a small claims lawsuit. There are few channels more effective at building connections than video, so it’s no surprise this medium has become more important to homeowners. 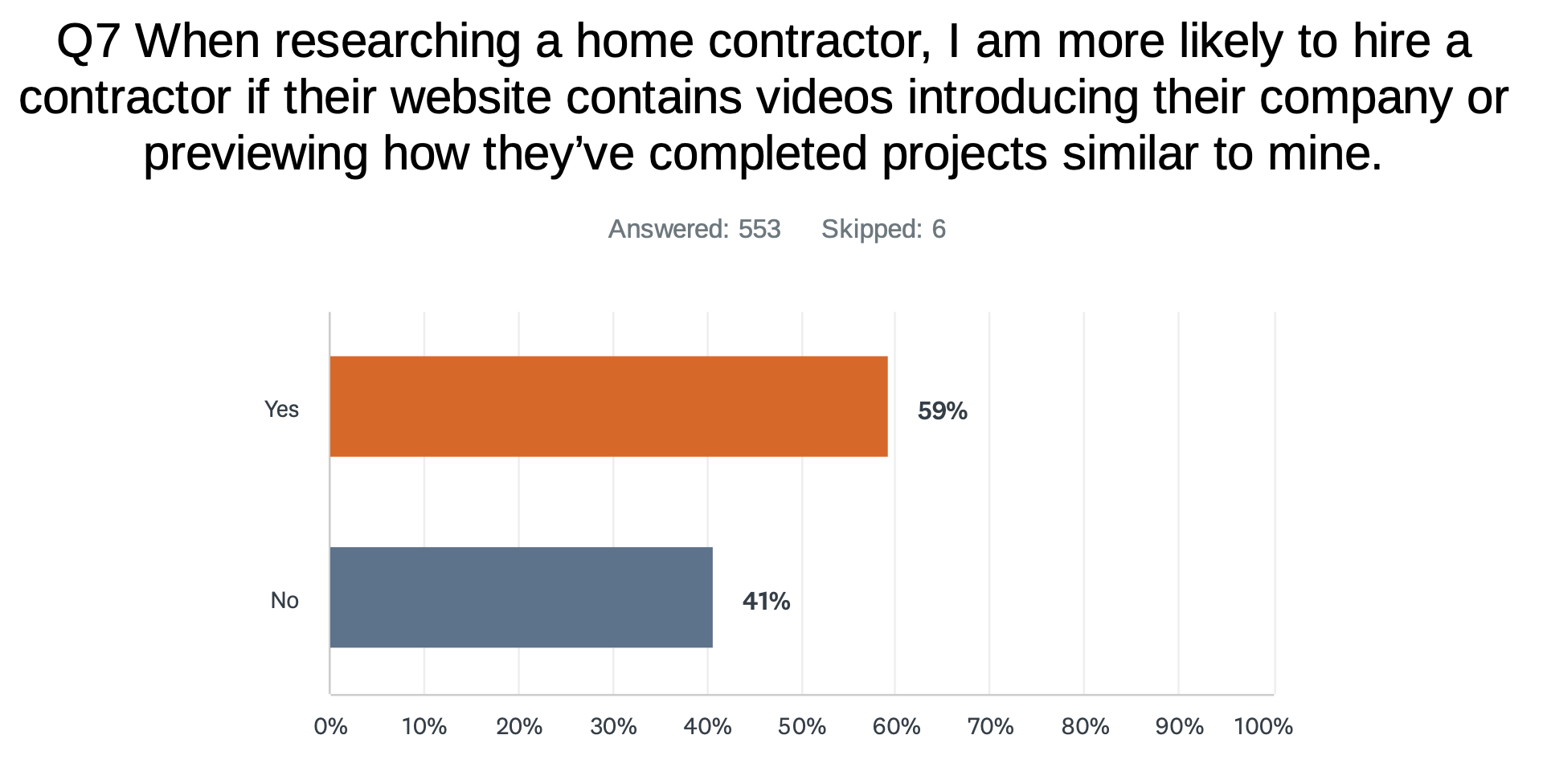 Nearly 60% of homeowners said they would be more likely to hire a contractor if they were able to watch videos from the company first.

There is no shortage of data out there indicating consumers are more likely to buy from brands that support charitable causes. That doesn’t just apply to the Coca Cola’s and McDonald’s of the world. That same principle applies to local service businesses. 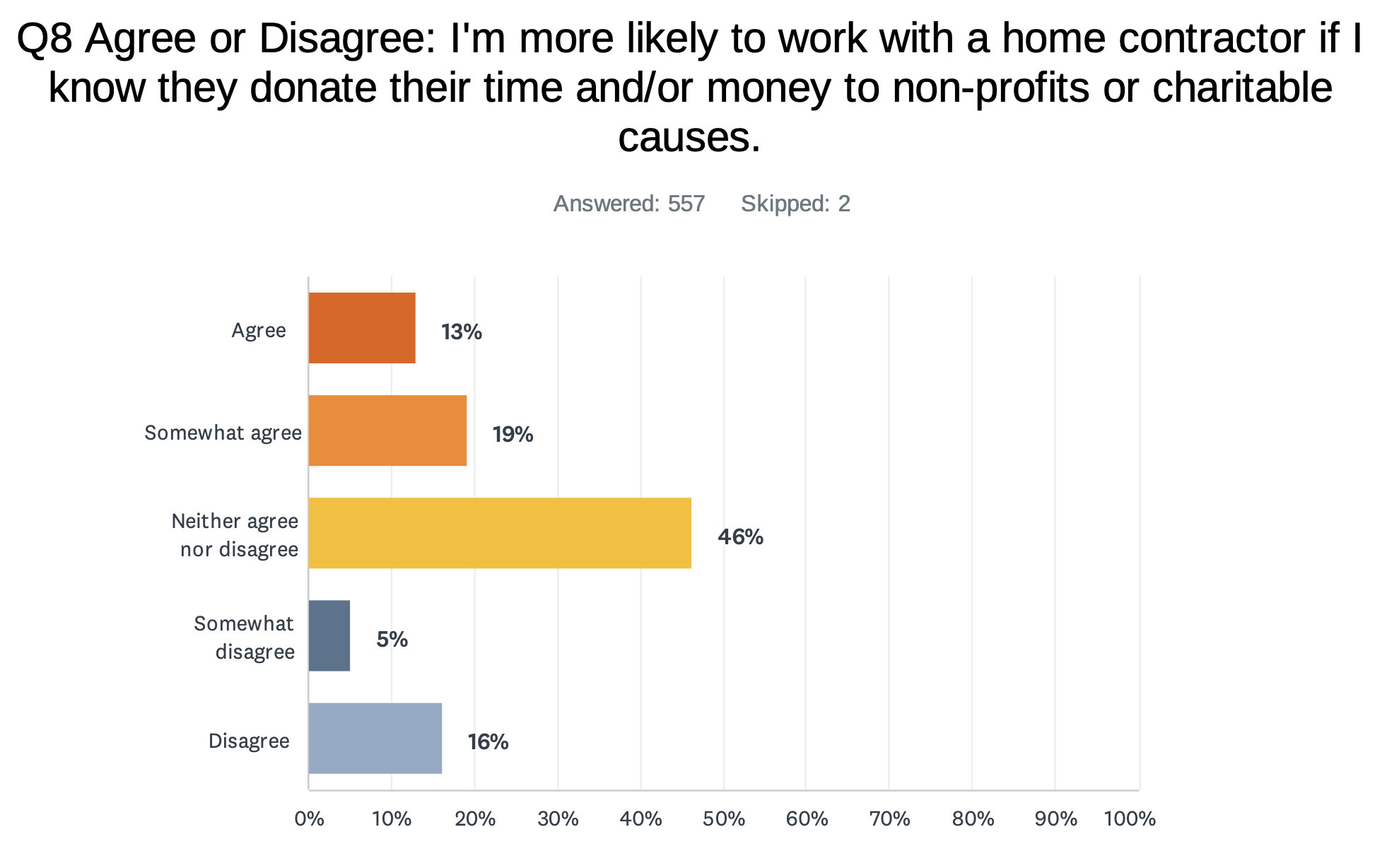 A Lot of Jobs Are Still Won From Offline Marketing

1 out of 4 homeowners report having hired a home improvement contractor from an offline advertisement in the past year. With total spend on home renovations expected to surpass $370B in the first quarter of 2022 alone, that’s a lot of business still being generated through offline advertising methods.

Your Window to Win Their Business is Small

We live in a fast-paced world. People have a lot of information at their fingertips and their ability to communicate and make decisions is faster than ever. For home improvement contractors, that means you’ve got to strike while the iron is hot. 85% of homeowners contact 3 or less contractors to inquire about service and 60% make a hiring decision within 72 hours. 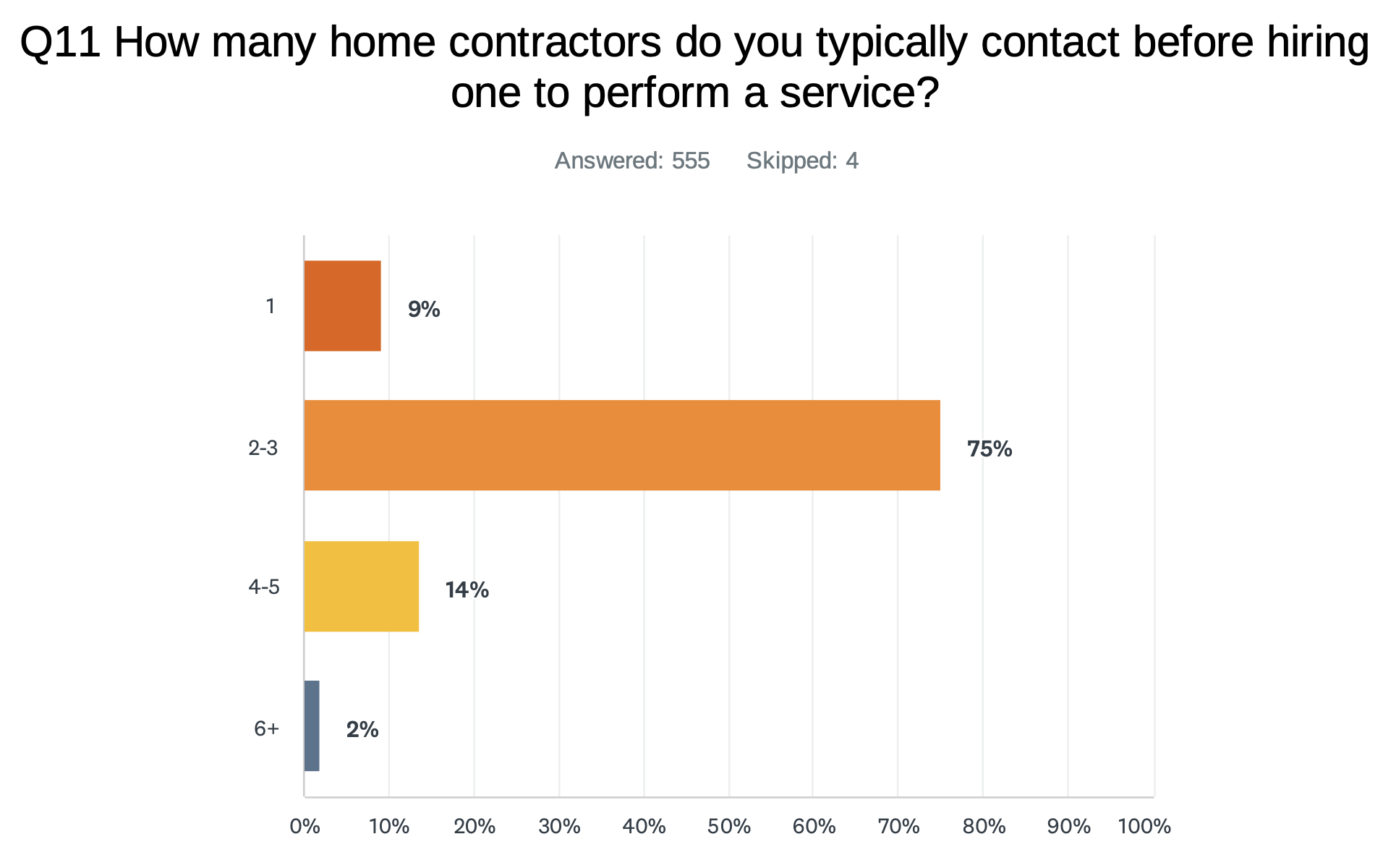 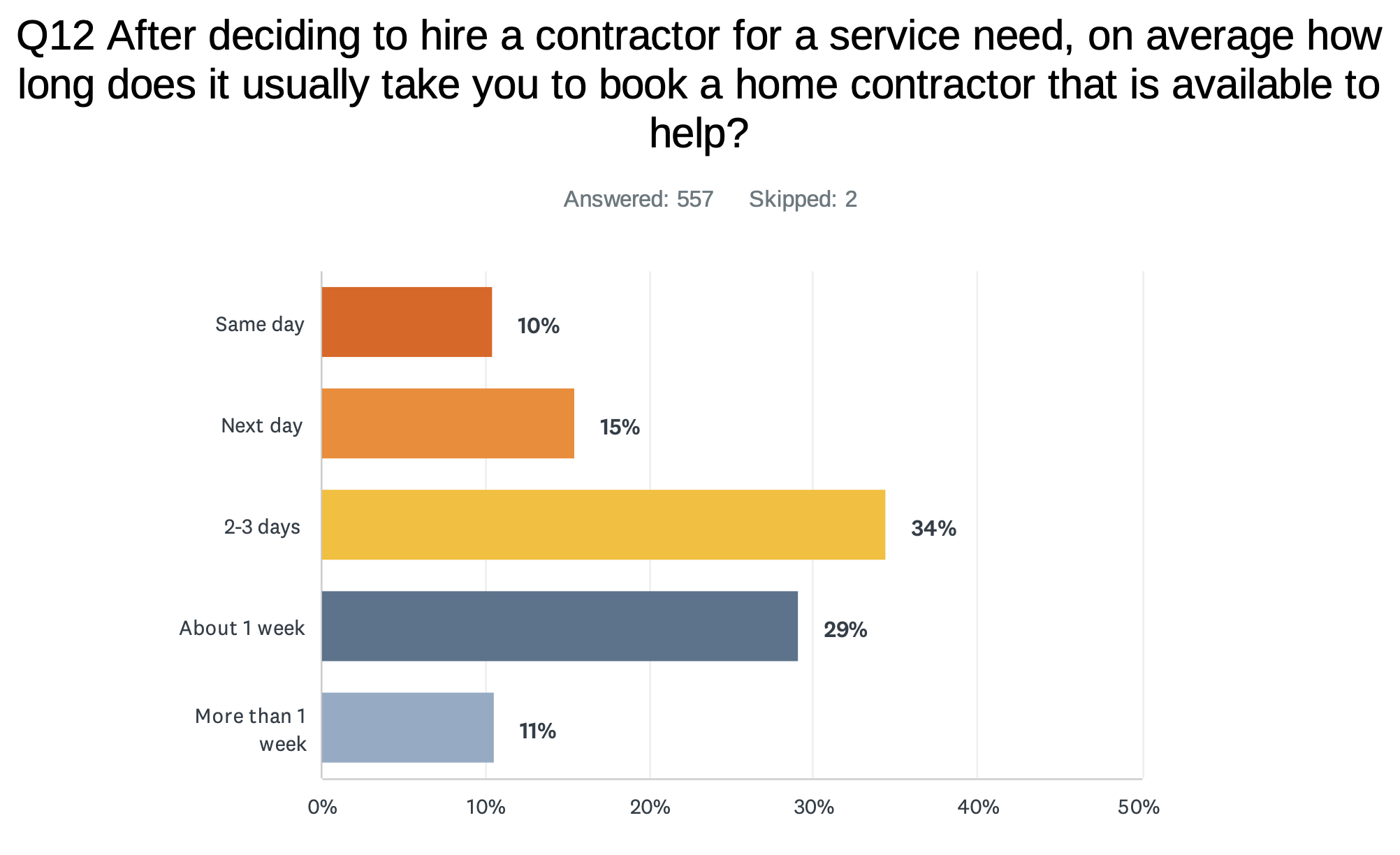 The Best Ability is Availability 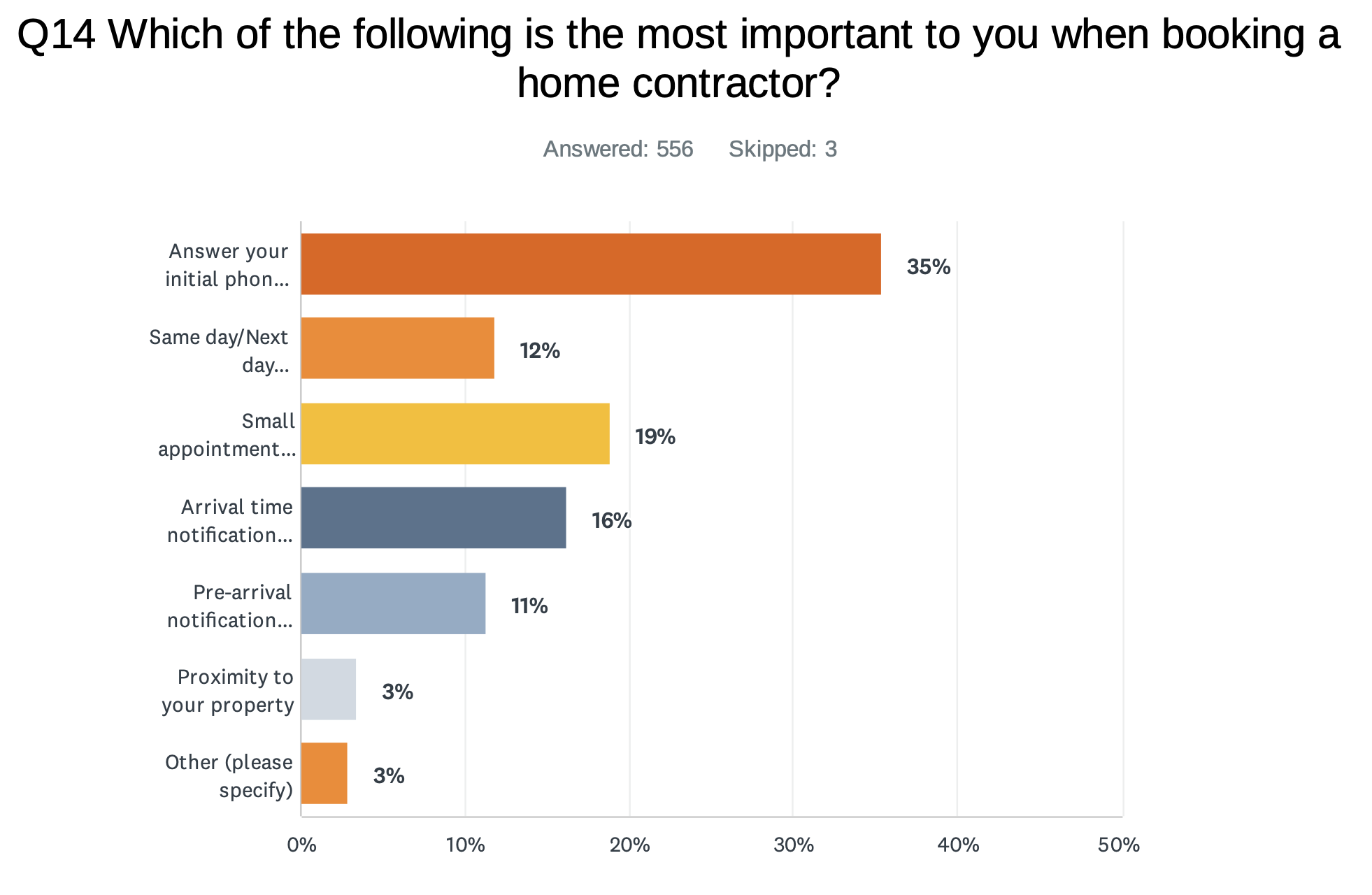 We recently completed our 2022 Call Performance Report, where we determined that 26% of all calls go unanswered by our contractors. The reality for most of those calls is they are lost opportunities. In fact, in less than 1 out of 6 unanswered calls will a homeowner leave a message requesting a call back. If you are not investing in making sure your phone is answered every single time it rings, you are losing money. 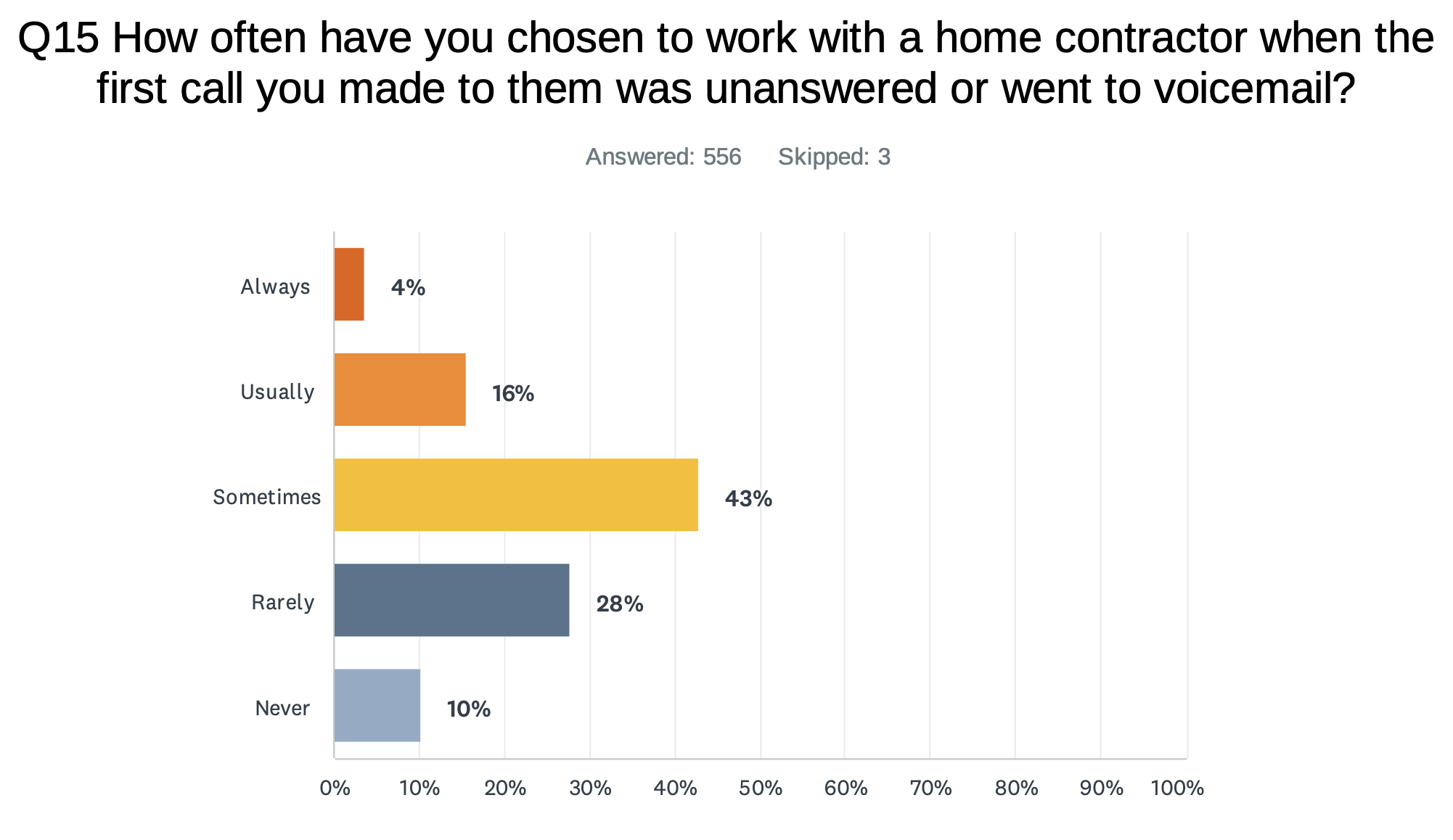 Certainly that has always been true in the home service space, but with competition fiercer than it has ever been, treating the customer like they are your own parents should remain your focus.

Skilled tradesmen and women are in short supply. Finding ones with the soft skills required to effectively communicate and empathize with homeowners is even more difficult. That being said, it’s by far the most important factor for homeowners when it comes to dealing with contractors during appointments.

Don’t Act Like You Were Raised in a Barn

You wouldn’t go over to a friend's house and leave it a mess. But all too often home service businesses get homes messy during their work and leave without cleaning it up. That’s a big sticking point with homeowners that’s likely to have a big impact on whether or not they are satisfied with the work and refer you to their friends and family.

Homeowners are busier than ever. A greater percentage of households have 2 working parents than ever before, and time is at a premium. As such, customers place a high importance in working with home improvement contractors that value their time by offering smaller appointment windows and communicating prior to their arrival times.

When it comes to unavoidable instances where your technician is going to be late, not notifying the customer could end up costing you. Whether it’s discounted services or potentially losing the customer forever, it’s a cost that can typically be avoided with proper communication. 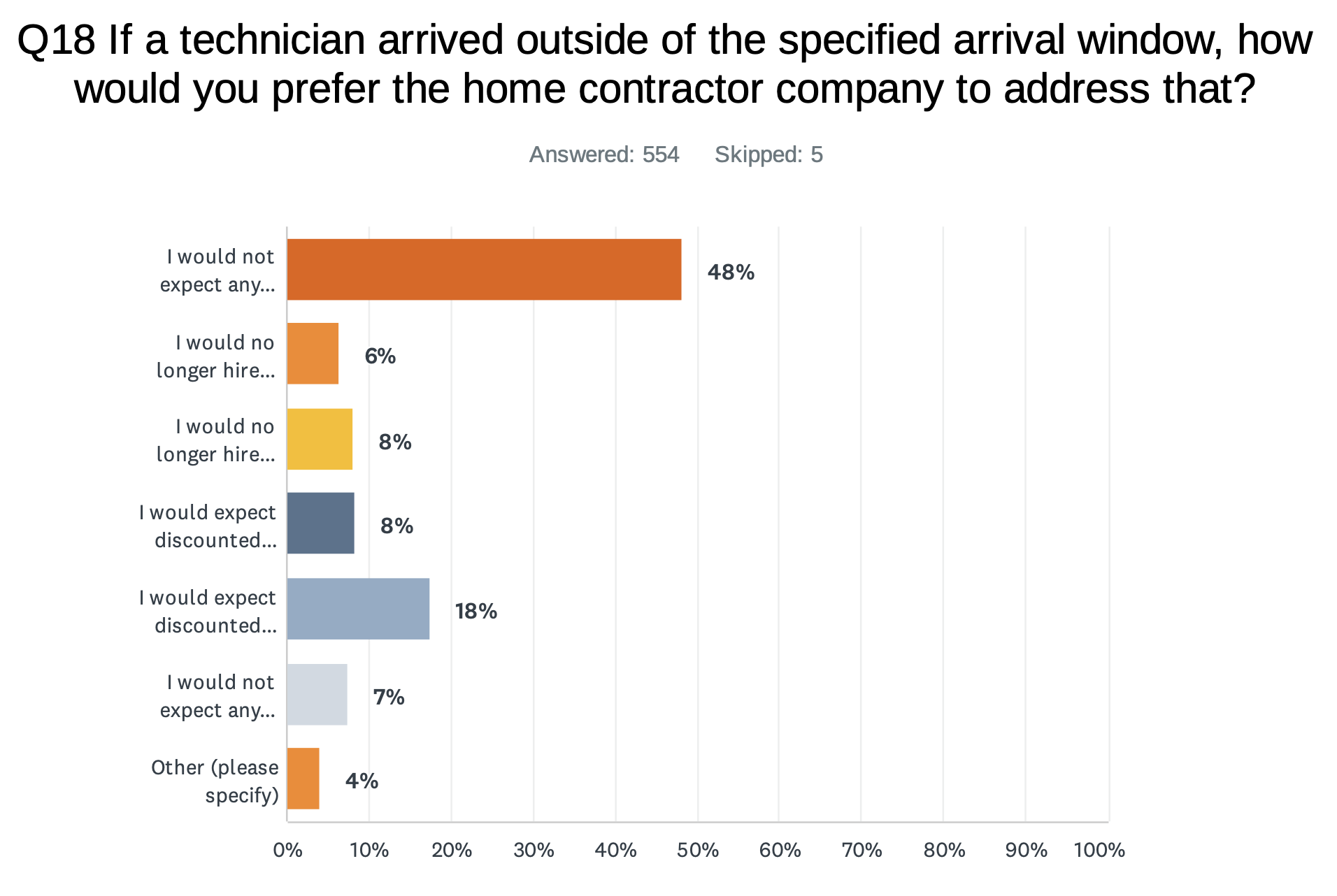 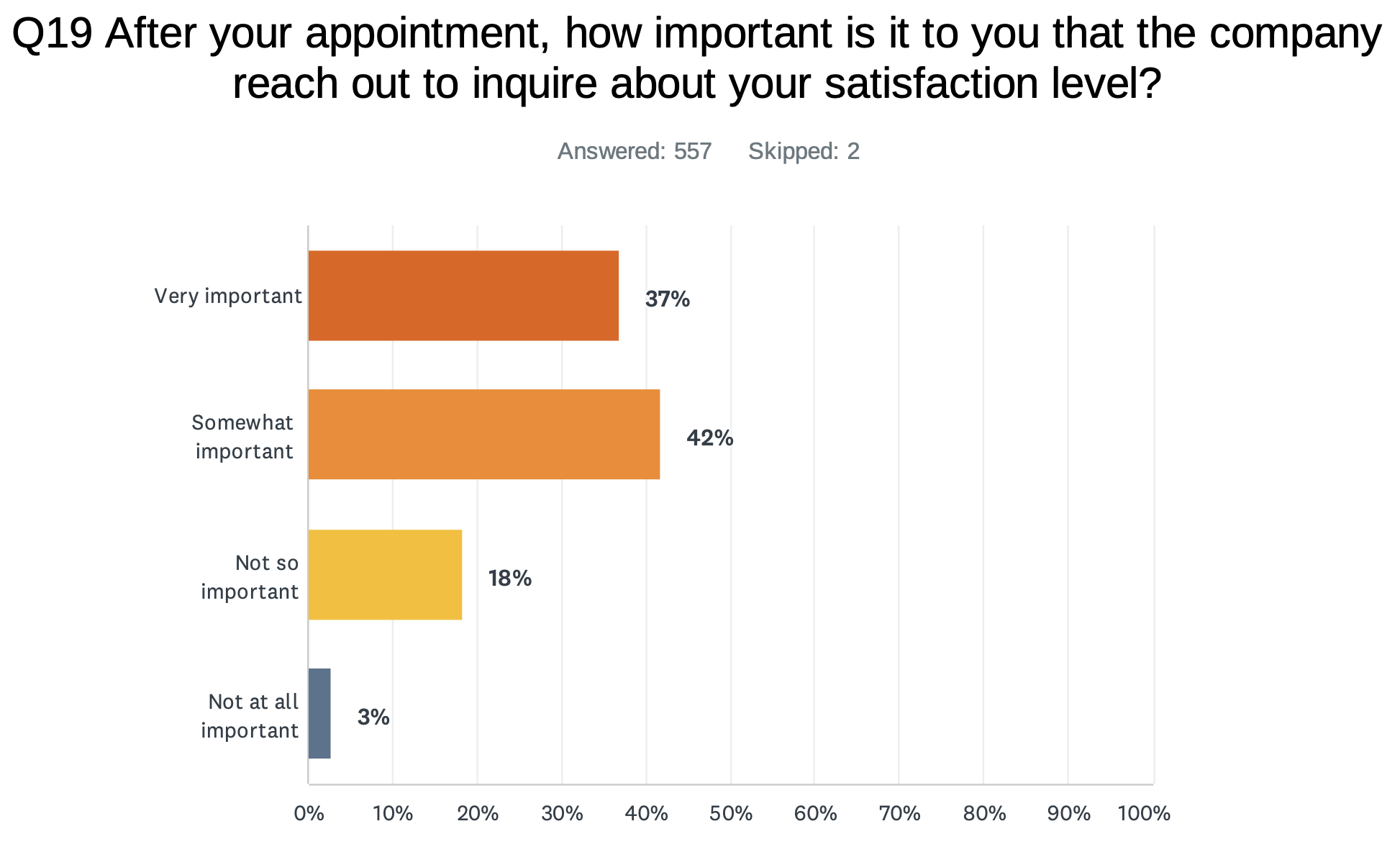 Nearly 3 out 4 homeowners said they were very likely or likely to leave a review after good service if the company made it easy for them to do so.

Reviews have a huge impact on your ability to be found on Google and the likelihood people end up calling you to inquire about your services. If you don’t have the tools or resources in place to be collecting those, you’re losing out on more business.

Learn More About Marketing Your Business

Start Growing Your Business with No Risk Get Leads Now

We generate exclusive purchase-ready Leads for your business through a transparent pay-per-lead platform.

Get Leads
Who We Serve
About Service Direct

Featured From Our Blog